As news of Python 3 porting becomes a more frequent occurrence and Python 3.3 development takes strides towards becoming the version everyone wants, the PSF has their own way of helping: money. With a grant program in place, the PSF is awarding funds to projects that plan an effort to port their work to Python 3.

As we've previously written about, R. David Murray's work to port the email package was funded by a PSF grant. Jean-Paul Calderone took advantage of a grant to port PyOpenSSL. Most recently, Chris McDonough used grant funding to port WebOb to Python 3. The foundation has been able to help these projects make the move to Python 3 and hopes to help even more in the coming year.

As PSF Director Jesse Noller states on http://www.getpython3.com, "The Python Software Foundation is here for not just CPython, or python-core, or python the language. It is here for Python -- the community, its efforts, its developers, designers and people." These grants are being made available for the betterment of the Python community, and funding can be used in any number of ways to get the job done. For some self-employed developers, funding may mean that porting a project could become more than a side-project. For projects with multiple developers, funding could mean a series of team sprints to complete the work. This could even be used in conjunction with funding from the PSF Sprint committee.

If you're involved in a project which could benefit from funding to complete a Python 3 port, Jesse Noller has recently written on the topic and offers his services to assist with grant applications. From templates to reviews, he is willing to step up and help represent projects before the PSF board for approval.

For more information on the PSF's grants program, see http://www.python.org/psf/grants/.

The first annual PyCon China recently wrapped up an excellent event in Shanghai, with the December 3 and 4 conference serving over 450 attendees and just under 500 viewers of their live webcast. The new conference drew so much interest that over 100 people were put on a waiting list to get in.

The conference schedule included 25 topics with 13 of them being 45+ minute presentations. After a keynote speech by Sting Chen titled "Python Enriches the World", the conference went on to cover Tornado, the Xunlei download manager, OpenStack, and others. They also included a lightning talk series with twelve 10-15 minute sessions. As with many other PyCons around the world, video of each talk is available online. 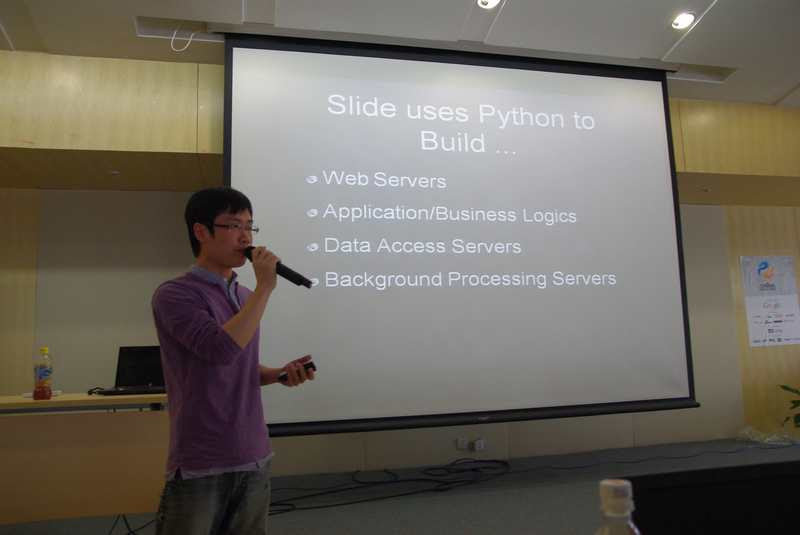 After the conference, attendees reported about the event here and here. Tech news sites InfoQ and ITEye also posted coverage of the conference.

The PSF applauds the PyCon China organizers and their sponsors for making a great conference, and we hope to hear about PyCon China in 2012!