Our 2016 PSF Board of Directors

The PSF's annual election completed yesterday. Please welcome the new PSF Board of Directors for the 2016/17 term!


These eleven directors represent a range of continents, genders, ethnicities, and technical specialties. Their biographies, and their plans and hopes for the PSF, are in their candidates' statements on the wiki.

Our heartfelt thanks to the outgoing board members Nick Coghlan, Lynn Root, Alex Gaynor, Marc-Andre Lemburg, Anna Ossowski, and Ashwini Oruganti.
Posted by A. Jesse Jiryu Davis at 5/31/2016 11:25:00 PM

Reminder: Vote for the 2016 Board of Directors 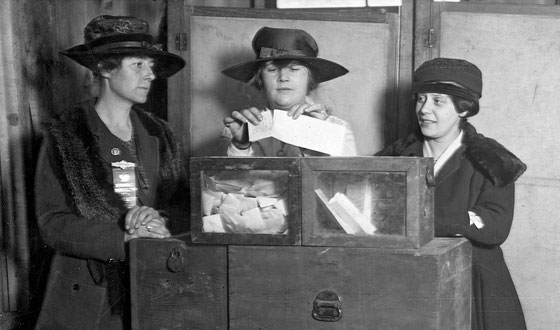 If you're a voting member of the Python Software Foundation, then on May 20 you were emailed a ballot to vote for this year's Board of Directors. The voting booths close at the end of May 30, Anywhere on Earth, so please get your votes in!

Who is a voting member? Details of membership levels and voter registration, along with the list of candidates for this year's board, are on the PSF wiki:

This morning at OSCON, O'Reilly Media gave Brett Cannon the Frank Willison Memorial Award. The award recognizes Cannon's contributions to CPython as a core developer and project manager for over a decade.

O'Reilly Media presents the Frank Willison Memorial Award annually at OSCON, the O'Reilly Open Source Convention. The recipient is chosen in consultation with Guido van Rossum and delegates of the Python Software Foundation.

Contributions can encompass so much more than code. A successful software community requires time, dedication, communication, and education as well as elegant code. With the Frank Willison Memorial Award, we hoped to acknowledge all of those things.

In the open source community, project management is an often underrated skill: given a problem to be solved, and a proposed solution for solving it, define the concrete steps necessary to get a group of volunteers from the point of saying "We should do something about this" to "We have solved that problem".

Brett Cannon has repeatedly volunteered to handle project management responsibilities that have significantly improved the CPython core development infrastructure, from migration to a dedicated bugs.python.org infrastructure, to the initial switch to a distributed version control system, to the current adoption of a more automated development workflow.


Since he began as a core developer in 2003, Brett has dedicated significant time to ensuring that the design, implementation, and development of essential parts of the CPython reference interpreter are accessible to new contributors. He wrote the first versions of the Python Developer's Guide and the design documentation for the CPython compiler. He converted the bulk of the import system's implementation from C to Python, created the "devinabox" project to make it easier for new contributors to get started at development sprints, wrote the "Python-dev Summaries" articles from 2002 to 2005, and moderated the python-ideas mailing list since it began in December 2006.

Brett has served on the PSF Board of Directors from 2006-2010, and again from 2013-2014, and was PSF Vice President in 2006-2007, and Executive Vice President from 2007-2010. He is also a gracious ambassador for the Python development community. His thoughtful manner, genuine kindness, and sense of humor have inspired many at PyCons over the years. Whether helping a new contributor understand a code snippet at a sprint or encouraging a new speaker with his confidence in them, Brett shares his positive character with us.
Posted by A. Jesse Jiryu Davis at 5/19/2016 11:30:00 AM 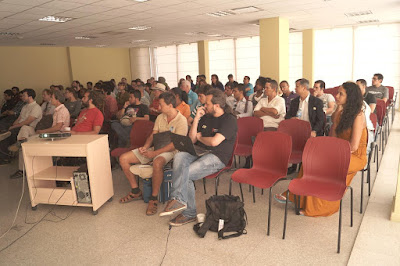 Python and Open Source Alive and Well in Havana, Cuba

I recently had the amazing opportunity to travel to Havana, Cuba to attend several free software events. My partner, David Mertz, was invited to talk at a meet-up of open-software developers and to present at the International Conference of Free Software sponsored by the Grupo de Usarios de Technologias Libres.
On my first day in Cuba, I attended the tenth Encuentro Social de Desarrolladores. This group, a regular meet-up of open-software developers, just last month held the first "PyDay Havana." At the meeting I attended, approximately 70 people gathered at a local Havana restaurant, La Casa de Potin. I was told that more people were interested in attending, but the space was limited so advance registration was cut off at 70. Several members of the enthusiastic crowd sported PyCon T-shirts--many from PyCon Montreal, perhaps as one could expect, but one from as far back as PyCon Chicago in 2009 (elegance begets simplicity). Clearly, this group has been using Python for quite awhile.
I met some wonderful people there: not only Olemis Lang and Medardo Antonio Rodriguez, members of the PSF’s Python-Cuba Work Group with whom I had been in touch previously, but also entrepreneurs and developers who regularly use free software. Justin, a graduate student in Astronomy at Yale, is spending several months in Cuba on a research project using Python.
Another new connection I made is Abel Meneses Abad, a Computer Science professor at Central University of Las Villas in Santa Clara, Cuba. He told me about his use of Python with his students in Linguistics and his desire to share his experiences and get input from the larger Python community. We should be hearing more from him in the future.
The agenda for the meet-up included talks by Olemis Lang on Brython (and how to sign up for a Brython sprint to be held at the next week’s CubaConf) and by David Mertz on functional programming in Python.

But the talk that garnered the most discussion was a presentation given by Medardo Rodriguez from Merchise Start-Ups on how to start an online business. He was joined by representatives from the San Francisco-based company Stripe, which provides payment processing and business services for start-ups. Their newly launched service, Stripe Atlas, helps foreign online businesses incorporate in Delaware, MD, enabling them to take advantage of the well-developed business infrastructure in the U.S.

The overall mood of the meet-up was incredibly optimistic–surely a foreshadowing of the positive changes about to take place for Cuban software developers as more intercourse develops with the rest of the world and especially with the U.S. This is a community poised to grow, and I am beyond thrilled that the PSF will be a part of this.
I would love to hear from readers. Please send feedback, comments, or blog ideas to me at msushi@gnosis.cx.
Posted by Unknown at 5/13/2016 02:05:00 PM

Reminder: Run for the 2016 PSF Board of Directors

As we announced last week, the Python Software Foundation is seeking candidates for this year's directors. Nominations are open now until the end of May 15 Anywhere on Earth.

Candidates from anywhere in the world are welcome; members of the Board do not need to be residents or citizens of the United States. There are 11 directors, elected annually for a term of one year. Directors are unpaid volunteers.

The list of nominees is on the PSF wiki:

Candidates in the 2016 PSF Board Election.

If have a passion for the Python language and community, add yourself to the list! If someone you know would make a great member of the board, ask if they'd like you to nominate them.
Posted by A. Jesse Jiryu Davis at 5/09/2016 08:00:00 AM