python.org is getting a makeover!

It is with great pride that on behalf of the Python Software Foundation and the community as a whole, I am pleased to announce that the official Python.org website, sub-sites, and back-end architecture are getting a total makeover.

Python has grown significantly in the last few years, both in terms of audience and the amount of topical information about it. This abundance of information has outgrown the current website’s taxonomy and fundamental design.

The key goal of the redesign project is to update Python’s official web presence with an eye towards better organizing the information we have today, and expect to add in the future.

The end result aims to help our audience find the information they need whether it’s official information like downloads and documentation, or resources from our vibrant community.

Although the current implementation of the Python website has served its purpose over the years, the time has come for the site to progress and complement the growth and maturity of the language itself as well as the vibrancy of the community.

There’s a lot we want to achieve

The redesign involves some tall tasks. From the fresh and modern UI/UX to the online and offline content editing features, no aspect of the project is to be taken lightly, or even incrementally. Such approaches have stalled and ultimately failed in the past, and rapidly outstrip the free time our community of volunteers can dedicate to the project.

This is a process that started over two years ago with the drafting of the of the Request For Proposals. This year we issued it publicly, and since that time the psf-redesign team grew to include Nick Coghlan, Doug Hellmann, Idan Gazit, Steve Holden, Brian Curtin, Andrew Kuchling, Issac Kelly, Katie Cunningham, Noah Kantrowitz and others.

The team received seven bids in total - all of them which included strong points and compelling stories. The team deliberated, ranked, discussed, and asked questions of the bidders, working through the bids for several months. We were constantly impressed by the high quality, well thought out, professional work that the community members submitted to us.

After the review period came to a close, we had a single bid which ranked higher than any of the others, based on experience, references, and overall quality of the proposal. They'll be working with the second highest rated bid, which contained UI/UX and IA that absolutely floored the reviewers.

The first bid, submitted by a joint effort between Project Evolution and Revolution Systems, was the overall highest ranked bid. The team was unanimous in our recommendation to proceed forward with this bid based on the credentials of the team, quality of the proposal, and their deep understanding of how to work with volunteer organizations, oversight and the community as a whole.

This bid provides a clear project management and accountability system as well as detailing how they wish to work with the community as a whole to achieve the project goals.

Second, we had the Divio.ch team bid. The IA/UX/UI work which they poured over 120 hours into as a company impressed us a great deal. We were quite literally floored by the amount of thought, planning, and work invested in the visual and IA aspects of the Divio bid.

Together with Project Evolution and Revolution Systems leading the project, and the stellar Divio team consulting on the visual/IA aspects of the project, the redesign team and the board is sure that we will be able to deliver a next generation experience. The architecture being developed will achieve all of the goals we set forth when we went down the path of drafting the redesign RFP.

On September 26th, the Python Software Foundation's board of directors unanimously approved the combined bids:


RESOLVED, that the Python Software Foundation accept the Python.org site redesign proposal set forth by Project Evolution / Revolution Systems and Divio with a budget not to exceed $70,000 in total without further board approval.

Overview of the Accepted Bids

The accepted bids from the three entities can be found below:

Divio, a web agency located in Zürich, Switzerland, builds web applications and is specialised in the areas of design and development. For production, Divio uses the Django web framework and is heavily involved in the development of the successful open source projects django CMS and django SHOP.

The company relies on the agile SCRUM-methodology for its projects.

As if the bids and the prospect of the project were not enough to get you excited, I thought I might share some tidbits from the current mockups we're working through: 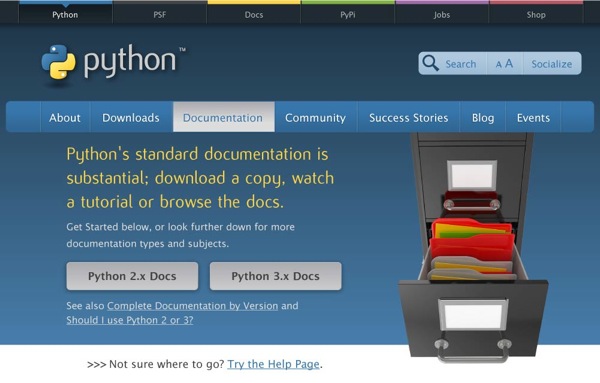 I am sincerely proud, as both a Python community member and PSF director, to have been part of this process. The entire review team, every single submitted bid, and the Foundation's board works tirelessly for a great deal of time pulling together what is already turning out to be an impressive and surprising redesign.

The design will work on mobile devices. It will follow all of the guidelines of the RFP, support accessibility requirements, and much much more.
Most of all, it will showcase our language and global community like it has never has been before.

Jesse Noller (person post on this), Director Python Software Foundation, on behalf of the entire team.

Grants to Assist Kivy, NLTK in Porting to Python 3

From time to time, the Python Software Foundation receives grant requests for projects wishing to receive assistance to complete some task. In the past, grants have gone towards aspects of the PyPy project and the email6 redesign, and have even financed the creation of a new developer guide. Whether it’s a project central to the Python language or any of the great projects this community has created, the PSF is there for all and accepts requests from any projects that provide benefit to the Python community.

Requestors are asked to provide answers to questions such as a project background, what work will be completed, who will be involved, who will benefit, and costs associated with the work. The requests then go before the board of directors, who then debate various aspects of each request and render a decision.

The last two months were very interesting for the board, as we received two requests to help finance the porting of projects to Python 3.

In October, the Kivy project reached out to us with a request to fund their porting efforts, where they requested a grant of $5,000 USD. Their plan includes the porting a number of Kivy project dependencies (their Android and iOS tools), the porting of a number of third-party dependencies (e.g., PIL, gstreamer, opencv), some work on their OSX and Windows packaging, and of course, the core Kivy codebase.

On October 17, the board voted to approve the Kivy request. Their porting effort hopes to be a great story for Kivy and Python 3 on a number of platforms and interfaces, as Kivy supports development of applications for desktops, tablets, and phones, and includes support for multi-touch. We’re really looking forward to sharing more details as the Kivy port moves along.

Just a few weeks ago, a request came before the board to fund porting efforts for the NLTK project. NLTK is the Natural Language Toolkit, a project which exposes very powerful linguistics tools to Python. For many, NLTK is one of the major remaining roadblocks to Python 3 adoption. As many projects have been ported and many more are working on it, getting NLTK on Python 3 will be huge for the community.

On November 21, Mikhail Korborov was granted $1,000 USD to finish the in-progress port of NLTK under the watchful eye of project lead Steven Bird. Mikhail was recently added as a committer to the project after some time as a contributor, and he’ll be following their plan as laid out on their GitHub repo. Not only will the NTLK port be a boon to wider Python 3 adoption, but it should provide a good story for others to lean on when porting large codebases, especially when it comes to working with Python 3’s Unicode implementation.

Labels: grants, python3
Newer Posts Older Posts Home
Subscribe to: Posts (Atom)
The mission of the Python Software Foundation is to promote, protect, and advance the Python programming language, and to support and facilitate the growth of a diverse and international community of Python programmers.