Brian began volunteering unofficially, when he threw out a pile of pizza boxes. He was at PyOhio in 2009 when, as Brian recalls, “Lunch was delivered pizza and the organizers had to clean up after the conference. I felt bad that I had attended a great event, entirely free, so I started to help them sweep the floors and throw away the pizza boxes." The next two years Brian worked the conference as a volunteer. In 2012 he joined the organizing committee and he went on to chair the conference in 2014, 2015, and 2016.

The Python Software Foundation is pleased to present Brian Costlow with the 2017 Quarter 1 Community Service Award for:


RESOLVED, that the Python Software Foundation award the 2017 Q1 Community Service Award to Brian Costlow for his work organizing PyOhio, chairing PyOhio, and for being the head volunteer for PyCon US captioning.

“I was working in IT for a large printing and media company when I started to use Python for a number of projects. I joined the Ohio Python Mailing List and when the planning for the first PyOhio began, I made plans to attend,” Brian recalls. Regrettably Brian was unable to attend the inaugural PyOhio conference. He did, however, attend the second PyOhio, where his volunteerism began with a simple act of cleaning empty pizza boxes. Since 2010 Brian has worked alongside PyOhio organizers like Catherine Devlin and Eric Floehr, the founder of the Central Ohio Python User Group, chairing the conference, recruiting workshops, seeking new speakers.

Katie Cunningham, one of the leaders of the Young Coders project, first met Brian when he invited Young Coders to join PyOhio. During their first year Young Coders encountered a few technical hiccups. Cunningham recalls, “Brian wasn’t fazed. He helped keep the room together." She adds that “he is one of those quietly amazing people who quickly goes from someone you know to someone you couldn't do without. In an industry rife with people who tend to be a bit flighty, he's a rock”.

On a personal note, I first attended PyOhio in 2015 as both an inaugural speaker and attendee. I was terrified. Following my talk I had the pleasure to meet Brian. He was excited to hear about my experience as a novice speaker and we continued our discussion after the conference. Brian has been continuously interested in learning how to recruit more women and underrepresented individuals to both attend and speak at PyOhio. What makes PyOhio unique as a place to begin one’s speaking or Python career is the simple fact that PyOhio is free to attend. According to Brian, PyOhio never deliberately set out to be accessible, “it just happened organically because the Python community really is a community, and we all wanted to give back to the community that gave so much to us”.

Continuing to Give Back at PyCon through Captioning

Brandon Rhodes, PyCon 2016 and 2017 chair, reached out to Brian a year early in 2015 seeking assistance with captioning. Brian, mindful of Rhodes's support for PyOhio, says, “Brandon has always been a great friend to PyOhio. So when he was selected as chair for PyCon 2016 and 2017, I reached out and said if there was anything I could help him with, I would gladly do it."

Captioning was a remote volunteer position in 2015. “Brian first helped out in Montreal and then took the lead in 2016 at Portland. Every year Brian takes part in the process, takes careful observations, and notes what works and what doesn’t,” Ewa Jodlowska explains. Given some of Brian’s feedback and other lessons learned at 2015 the PyCon organizing team opened to turn the captioning position into a staff position. “We learn lots year after year and make several improvements thanks to Brian's involvement,” Jodlowska adds.

Brian continues to work with the captioning staff team. He says, “If someone wants to get involved, just reach out to Ewa or me, we're always open to suggestions for improvement!"

Brian Costlow, by his willingness to work behind the scenes on jobs big and small, demonstrates the spirit of Python's community. It’s about supporting one another and always looking forward to doing things better and bigger that makes the community so vibrant. 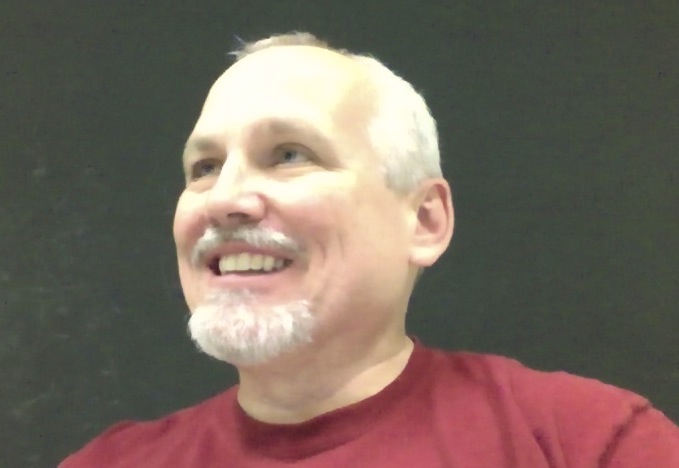 The Python Software Foundation depends on its board of directors in order to function. Board members are elected every year by PSF voting members in a process run internally by non-board members. Ian Cordasco has been the PSF’s Election Administrator since 2015, volunteering his efforts for this important role. Cordasco is also a valuable member of the Python community, frequently mentoring newer coders and supporting their Python endeavors. For these reasons, the PSF is delighted to award the 2017 QA Community Service award to Ian Cordasco:

RESOLVED that the Python Software Foundation award the 2017 Q1 Community Service Award to Ian Cordasco for his contributions to PSF elections and active mentoring of women in Python community.

Cordasco began as the PSF’s Election Administrator during a time of turmoil. “The first year I ran the election was something of a nightmare,” he recalls. Due to unforeseen circumstances, the previous Election Administrator stepped down on short notice and was unavailable to relaunch the election efforts. “Many people did not get ballots via email as they should. Some people were accidentally excluded from the voting rolls. Further, there was a lot of confusion because I stepped in at the last minute.” Without the aid of documentation and prior experience, Ian threw himself into the cause. The PSF has since reviewed, solidified, and documented the election procedures.

Since his dramatic start as Elections Administrator, Cordasco’s work with PSF elections has been much smoother. Mark Mangoba, PSF’s IT Manager, works closely with Cordasco during the election process. Mangoba notes, “Ian is a great volunteer. He does an excellent job with the elections, assuring that all votes are accounted for and that there is no fraud or issues of any kind.” Cordasco has also gotten creative with how he manages elections. For example, to reduce bias, he uses Python code to break ties and to randomize the order in which candidates appear to voters. Additionally, those that work with Cordasco describe him as an enjoyable collaborator. Mangoba explains, “Ian is energetic and thoughtful. His passion and enthusiasm for the PSF shows through, he’s always available to help and answer questions.”

Cordasco has a history of going out of his way to support and encourage female developers. When Carol Willing, a developer for the Jupyter project, wanted to work on the Requests library, she got in touch with Cordasco. “We worked together on the project and my first commit to the Requests library got accepted!” Cordasco later wrote a fantastic post about it on his blog.

Cordasco has also found newer coders to mentor at Python events, such as Anna Ossowski. “I met Ian at PyTennessee 2015, a day before I was scheduled to give my very first ever conference talk. Ian’s encouragement and support helped me a lot and it’s thanks to him and Carol [Willing] that I had the confidence to go up on stage and deliver my talk.” But his support didn’t stop there, Ossowski goes on to say, “every week he would reserve an hour for me where we would program together, he would answer questions, and just generally help me with any programming issues I experienced. Ian helped me get the PyLadies Remote website up and running, something I would have never managed without his help.”

Adrienne Lowe, a developer at Emma, has also enjoyed Cordasco’s support and encouragement. She recalls, “He models the kind of developer that we all want to be in terms of being encouraging and open.” She continues, “he sets himself apart by being genuine, welcoming, and happy to explain anything from simple things to more complex concepts, all in an ego-less way.”

The Python community as a whole is very lucky to count Cordasco as its member, and we hope he continues to help others contribute and achieve their goals.

Pay What You Want for "The Humble Book Bundle: Python" and Benefit the PSF

Pay what you want for a stack of Python ebooks from No Starch Press, and decide what portion goes to the PSF. This deal is presented by Humble Bundle, which sells ebooks and games to raise money for nonprofits. When you buy a bundle you choose how much to pay, and how the money is divided among the creators, Humble Bundle, Inc., and the nonprofit organization.

The Humble Book Bundle: Python is available now through April 19th. Pay a dollar or more for these three books:

If you choose to pay $8 or more, you also receive:

To help the PSF and get a stack of fun and useful Python books at a price you decide, buy the bundle before April 19th!