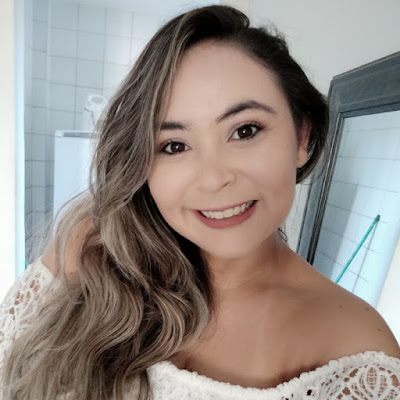 Débora's outstanding contributions to the growth and support of the Python community goes well beyond PyLadies Brazil and Django Girls Natal - as she is actively involved in Python translation work.

In 2018, she translated the Python Software Foundation survey into Potuguese.

It is for these reasons, that the Python Software Foundation is pleased to present Débora with the 2019 Q4 Community Service Award:

RESOLVED, that the Python Software Foundation award the 2019 Q4 Community Service Award to Débora Azevedo in recognition of her work in supporting the wider Python community in Brazil and the PSF generally. She's a co-founder of PyLadies Brazil, leader and organizer for Django Girls Natal, and helped found amd organizes the PyLadies Brazil conference. Débora's also been interested in supporting the wider community. Last year, Débora assisted the PSF by translating a survey into Portuguese. Additionally, she is a regular presenter and attends many community events.

Years later, Débora enrolled into a Computer Networks course - so she would not have to code. Unknown to her, the course required her to take three programming classes, all taught in Python. This was a turning poing in her coding journey - as she realised how empowering being able to code could be. One of those moments came when she had to develop a web app using Django for the school library.

From then on, Débora was hooked.

They were spurred on by a feeling of belonging, having their technical skills validated, their voices heard and a general desire of building a community of women with the same interest.

Débora took on more responsibility and became a co-founder for the PyLadies Brazil.

On the topic of Women in Tech, Débora believes that one of the most important things Women in Tech can do for other women is for them to step up as role models.

"Being able to tend to other ladies, in an industry, where some women consider themselves unfit, is revolutionary" says Débora.

"The Python and Django Girls tutorials that Débora organized together with others, were essential for the inclusion of women. The Python Brazil Conference has had an almost fifty percentage female speakers in the last four editions" -  Mario Sergio

On Débora, being a teacher and a mentor?

Clara Nobre, says Débora drives and inspires ladies in her local community to embrace programming. And to pursue a career in tech. These ladies, whom Débora inspires, had before now, been largely undecided in what career they wanted to pursue.

"Débora is one of the main references in the communtiy to other women. She is also a woman with a background in another area of expertise, which is English Letters. Débora is a teacher! So she can reach so many girls who still don't know what career they intend to pursue, as well as women who are in the area of Information Technology but haven't yet developed the maturity to program" - Clara Nobre


In 2016, Débora and the team launched their first crowdfunding campaign to help raise funds to take some women of the PyLadies Brazil to Python Brazil, the largest Python conference in Latin America.

In 2017, Débora and the team, again raised R$15,842 (USD3,160), sponsoring fourteen women who had requested for financial aid to participate in the 2017 edition of the Python Brazil conference. This resulted in a peak of forty two percent participation and activities led by PyLadies at the conference.

"In 2018,  we had a total of 26 talks and tutorials, which were given by women. Some of these activities were only possible, thanks to our crowdfunding campaigns, which raised R$11,770 (USD2,347), making participation in a conference like Python Brazil possible for nine women" - Débora

On why she contributes so much to the Python Community?

"Together with the PyLadies, the wider Python community can collaborate, working as partners with one goal in common. Having women become active participants and leaders in the Python community is important. It shouldn't be just one group's fight. By joining forces we can go a lot further. Being part of PyLadies Brazil and Django Girls Natal is the way I found to do my little good in the IT world. Teaching, advising and helping more women to believe in themselves and feel like it is possible for them and to feel like they can do it."

The Python Software Foundation congratulates and celebrates the amazing work and contributions of Débora Azevedo, to the Brazilian Python Community and for being a voice in the push for diversity, inclusion and participation of women in the industry.
Posted by Charles Freeborn at 3/17/2020 12:27:00 PM