The Python Software Foundation is receiving $407,000 USD to support work on pip in 2020. Thank you to Mozilla (through its Mozilla Open Source Support Awards) and to the Chan Zuckerberg Initiative for this funding! This foundational, transformational work will release Python developers and users to concentrate on the tools they're making and using, instead of troubleshooting dependency conflicts. Specifically, CZI and Mozilla are funding user experience, communications/publicity, and testing work (including developing robust testing infrastructure) as well as core feature development and review. 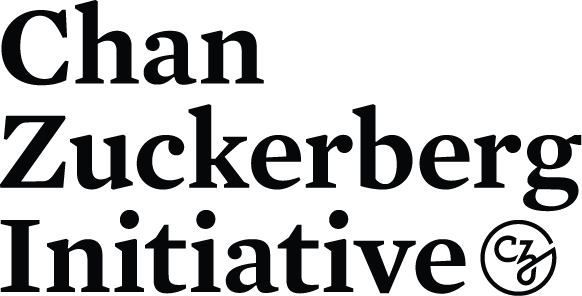 What we're doing with the money

Computers need to know the right order to install pieces of software ("to install x, you need to install y first"). So, when programmers share software, we have to precisely describe those installation prerequisites, and our installation tools need to navigate tricky situations where they're getting conflicting instructions. This project will make pip, a package installer for Python, better at handling that tricky logic, and easier for people to use and troubleshoot.

Millions of people and organizations use tools written in Python, and nearly the entire ecosystem of Python software projects depends on pip. Our project will help everyone more easily install software, diagnose and fix problems, and maintain infrastructure.

The Chan Zuckerberg Initiative funding is, in particular, aimed at improving Essential Open Source Software for Science. Scientists use many tools written in Python -- many of CZI's awardees in this round are written in Python -- but, also, researchers often want to write tools and share them with each other to help science advance faster. Our work will include research and improvements so the installation process will be easier to use and understand, which will enable researchers to build better applications and compose complex toolchains more easily.

The Packaging Working Group is currently selecting contractors for the programming parts of this work. The other two contractors have already been selected:


Why this and why now?

We're partway through a next-generation rewrite of pip's dependency resolver. The project ran into massive technical debt, but the refactoring is nearly finished and prototype functionality is in alpha now.

We need to finish the resolver because many other packaging improvements are blocked on it, it'll fix many dependency issues for Python users, and it'll fix installation problems for conda, certbot, WebSocket, and many other projects. And we need to improve pip's UX by providing better error messages and prompts, logs, output, and reporting, consistently across features, to fit users' mental models better, make hairy problems easier to untangle, and reduce unintended data loss.

The Packaging Working Group looks for potential improvements in Python packaging and distribution that are well-scoped, have community consensus, and could be expedited through funding. In the past three years, the Packaging WG has received funding for several improvements to PyPI -- $170,000 from Mozilla, $80,000 from OTF, and $100,000 from Facebook -- and is seeking to help other packaging tools. In June, pip maintainers and Packaging Working Group members discussed the importance and difficulty of rolling out the new resolver. We worked together to write and submit proposals to Mozilla and the Chan Zuckerberg Initiative.

This work will start by early January 2020. Day-to-day work will mostly happen in pip's GitHub repository and the Python developers' Zulip livechat. You can check for regular reports at the Python Insider blog and the Packaging category of Python's Discourse developer forum, archived at the Packaging WG's wiki page. And we'll publicize calls for volunteers, especially for user interviews and tests, on this blog, on community mailing lists, and on Twitter.

This award continues our relationship with Mozilla, which supported Python packaging tools with a Mozilla Open Source Support Award in 2017 for Warehouse. Thank you, Mozilla! (MOSS has a number of types of awards, which are open to different sorts of open source/free software projects. If your project is looking for financial support, do check the MOSS website to see if you qualify.)

This is new funding from the Chan Zuckerberg Initiative. This project is being made possible in part by a grant from the Chan Zuckerberg Initiative DAF, an advised fund of Silicon Valley Community Foundation. Thank you, CZI! (If your free software/open source project is used by biology researchers, check the Essential Open Source Software for Science Request for Applications and consider applying for the next round).

Thank you to the pip and PyPA maintainers, to the PSF and the Packaging WG, and to all the contributors and volunteers who work on or use Python packaging tools.