PyCaribbean, Come for the Language, Stay for the Culture

PyCaribbean is more than Python, it is people, culture, and  spending  time together. Lead organizer Leonardo Jimenez wants attendees to feel like they are home when they are at PyCaribbean. “That sense of belonging and creating a bond helps the community members feel that they have a community that will support them and they can share their experience and knowledge with,” Jimenez explains.

After receiving an invite to speak at PyCaribbean 2017, which  I was unable to attend, I intentionally saved the date for 2018  . Santo Domingo, the capital of the Dominican Republic, hosted PyCaribbean this year.   Now, before we continue, let’s kick off this blog post the right way. Hit play, then continue reading.

Welcome to PyCaribbean 2018! Hosting some 280 Pythonistas from Puerto Rico, Colombia, Venezuela, Cuba, Bermuda, all across the Dominican Republic, and more the conference boasted 50 more attendees than 2017 when it was held in San Juan, Puerto Rico. PyCaribbean is one of the earliest Python conferences started in Latin America and has since iinspired other Latin American countries to host their own Python conferences.

“The community is getting bigger and stronger [over] time,” said Jimenez “[Community members] show more interest to learn new things, get more practice and experience.”

The PyCaribbean organizers scheduled a wide  ariety of talks that were aimed at all levels  in both English and Spanish. One of this year’s speakers, Ordanis Sanchez, gave a talk on getting started in Python. As noted by attendee Rebecca Conley, this was Ordains’ first conference talk in English!

Just go out, find an issue, and make a PR! @PyCaribbean @OrdaniSanchez did a great job delivering an important message in his first talk in English! pic.twitter.com/ShMbFb2Pbq
— Rebecca Conley (@rlconley) February 18, 2018

Every conference I attend, I like to focus on a handful of take aways to share. One talk that I especially enjoyed was by Felipe Hoffa, a developer advocate from Google. Hoffa’s research concluded that not all text used in submitting an issue to a code repository will lead have the same closure rates. I learned that starting a ticket with the phrase, “I get the following...,” will have the highest probability of closure.

Most common ways to start an issue.... “I get the following” closes the most issues. pic.twitter.com/rlfjW5xb93
— Jackie Kazil (@JackieKazil) February 18, 2018

For me, the best part about this year has to be the founding of Pyladies Santo Domingo! Natacha De la Rosa and Samantha Valdez met at PyCaribbean, and they have a slick website and super CUTE logo!!!!! Swoon!!! 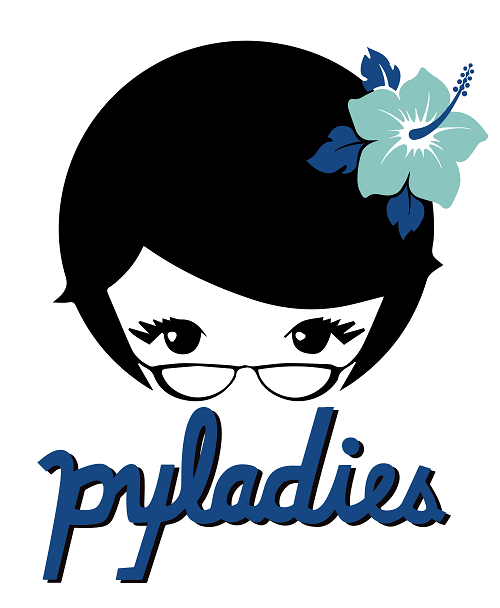 PyCaribbean is already making plans for next year. The possible locations sound amazing, but what doesn’t sound amazing in the Caribbean? The organizers are currently waiting on confirmation from the location before announcing. I assure you that when it is announced, it will not disappoint. Their hopes are to firstly have 400 attendees next year, secondly more participants from a variety of Caribbean countries, and lastly to create a board with different members of the Caribbean community. If you are interested, reach out to Jimenez <leonardo@pycaribbean.com.

Like with most conferences in the Python community, PyCaribbean is volunteer run. Thank you to the 40 volunteers who made PyCaribbean a success and who continue to foster community in their own cities in the Dominican Republic and beyond!

And that’s a wrap, or at least until next year’s PyCaribbean!

.@Pycon we need to up out entertainment / music game... between @pyconcz and @PyCaribbean, I feel like we are missing a core element. Today’s closing performance @PyCaribbean... pic.twitter.com/MabvnONI08
— Jackie Kazil (@JackieKazil) February 18, 2018