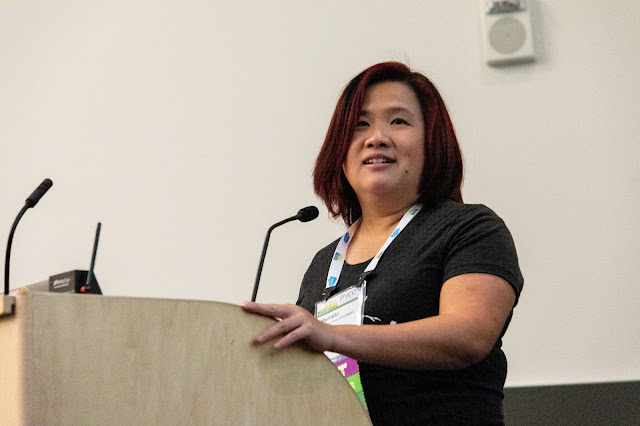 Core developer Mariatta Wijaya addressed her colleagues, urging them to switch to GitHub issues without delay. Before she began, Łukasz Langa commented that the previous two sessions had failed to start any controversies. “Come on, we can do better!”

The current Python bug tracker is hosted at bugs.python.org (“BPO”) and uses a bug tracker called Roundup. Roundup’s development is stagnant, and it lacks many features that the Python project could use. In theory, the Python community could improve Roundup, but there are barriers: Roundup is versioned in Mercurial and it has no continuous integration testing. “If the community cared about improving bugs.python.org,” Wijaya asked, “why we haven't been doing it all this time? Seems like you're interested in doing something else.”

Compared to Roundup, GitHub issues have a number of superior features. Project administrators can easily edit issues there or report abuse. GitHub issues permit replying by email, and GitHub supports two-factor authentication. The GitHub APIs allow the core team to write bots that take over many Python development chores. Already, bots backport patches and enforce the Contributor License Agreement (“CLA”); bots could become even more powerful once issues are moved to GitHub. 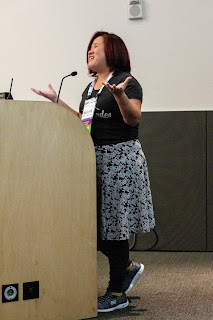 Shortly after last year’s summit, Wijaya proposed in PEP 581 that Python migrate to GitHub issues. She acknowledged that it was wrenching to give up on BPO and Roundup after so many years. However, in her opinion, it is time to move to a different issue tracker, and GitHub is the natural choice. The core developers are all familiar with it, as well as most potential contributors.

The plan for moving to GitHub issues is split into two PEPs: The rationale is explained in PEP 581, and the migration plan is in PEP 588. The first steps are to back up all GitHub data already associated with the repository, and to set up a CLA assistant for issues—research for both tasks is in progress. Additionally, the Python organization on GitHub needs a bug triage team for people with permission to label or close tickets.

Of course, the main job is to copy thousands of issues from Roundup to GitHub with maximum fidelity, which requires knowledge of the Roundup codebase. Wijaya asked for help from someone who could write the migration code or teach her how to do it. Either way, it is likely to be the core team’s final encounter with Roundup’s code.

“Now,” said Wijaya, “Let's just use Github already! Why aren't we doing this yet?” She asked the audience what anxieties GitHub issues provoked, or what questions were still unanswered in her PEP. The sooner the migration is complete, she believes, the better for the core developers and the entire Python community.

Ned Deily suggested revising the Python Development Guide early to describe the GitHub issues workflow before migration begins. This would prevent a period of confusion among core developers after the migration. Besides, the process of updating the Guide might flush out more details that the PEPs need to specify.

Thomas Wouters made a proposal, which he feared was controversial: Don’t migrate the old bugs. Wijaya and audience members responded with several versions of this idea. BPO could be made read-only, with the addition of a “Migrate to GitHub” button on bugs that anyone could press if they cared about an old bug. Or BPO could stay read-write for a while; active bugs would be automatically migrated until a sunset date. Some issues have useful patches or comments which should not be lost, so either BPO must be kept online with links from GitHub issues to their BPO ancestors, or else each BPO issue’s entire history must be copied to GitHub.

Guido van Rossum concluded that there were many decisions yet to be made before the migration could begin. “I'm not trying to say let's spend another year thinking about this,” he said. “I want this as badly as you want it.” However, the team must consider the consequences more carefully before they act.

Steve Dower spoke up to say that he would prefer to stay on BPO. The current tracker’s “experts index” is particularly useful: it automatically notifies the Windows team, for example, when a relevant bug is filed, and there is no equivalent GitHub feature. He rebelled at being told in effect, “Here is the change, why haven't we done it already?” He felt the default decision on any PEP ought to be maintaining the status quo.

Barry Warsaw said, “Let's remember we have friends at GitHub that will help us with the process.” If the core team finds missing features in GitHub issues, perhaps GitHub will implement them.

Carol Willing argued, “There comes a point in time when have to put a stake in the ground. Nobody's saying Github is perfect, but you need to ask, are we holding back other contributions by staying on BPO?” Many scientific Python projects such as NumPy already track their issues on GitHub. If Python migrates to GitHub issues it could interact better with them, as well as with future projects that take Python in new directions. “By staying locked in bugs.python.org, we're doing ourselves a disservice.”