Python boasts that it comes with “batteries included,” but programmers have long been frustrated at one set of missing batteries: the standard library does not include any time zone definitions. The datetime module supports the idea of time zones, but a programmer who wants to know when Daylight Saving Time starts in Cleveland must install a third-party package. Paul Ganssle spoke to the Python Language Summit to offer a solution. Ganssle maintains the PyPI package dateutil, and contributes to the standard library datetime module. He described the state of Python time zone support and how time zone definitions could be added to the standard library.


A time zone is a function that maps a naïve time to an unambiguous Coordinated Universal Time (UTC). Individual time zones can be quite eccentric, so Python does not attempt to define time zone logic, it simply provides an abstract base class TZInfo that is subclassed by implementors. Although there could theoretically be unlimited kinds of time zones, most programmers encounter three concrete types:

3. A time zone from the IANA database.

The first of these was added to the standard library in Python 3.2. Ganssle said, “Whenever I teach people about datetimes, it's really nice to be able to say, if you're using Python 3, you can just have a UTC object.” The purpose of Ganssle’s proposal was to add the second and third.


Ganssle explained that when Eastern Daylight Time ends, clocks are set back from 2:00am to 1:00am, thus there are two UTC times that map to 1:30am local time on that day:


PEP 495 solved the problem of ambiguous times by adding the “fold” attribute to datetime objects. A datetime with fold=0 is the first occurrence of that local time, the second occurrence has fold=1. With this addition, standard Python provides all the prerequisites for proper time zones, so Ganssle argued they should now be added to the standard library.

How To Maintain The Time Zone Definitions? 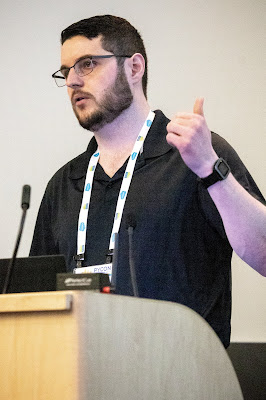 IANA time zones are the de facto standard for time zone data, and they ship with many operating systems. Both Ganssle’s dateutil and the competing pytz package use the IANA database as their source of truth. Therefore it would be natural to include the IANA time zones in the Python standard library, but this presents a problem: the IANA database changes every time a government changes a time zone, which occurs as often as 20 times a year. Time zone changes are far more frequent than Python releases.

Ganssle offered two solutions for updating time zone data, and then offered a compromise between them as his actual proposal. The first solution is to rely on the operating system’s time zone database. Python could rely on the system update mechanism to refresh this data, and it would use the same time zone definitions as most other applications. System time zone data is not officially supported on Windows, however, and is not always installed on Linux.

The second solution is to publish IANA time zone definitions as a PyPI package. It could be updated frequently, but the core team would have to invent some way to notify users when it is time to update their time zone data. Plus, it would be risky for Python to use different time zones than the rest of the system.

Ganssle proposed a hybrid: the Python standard library should use the system’s time zone data if possible, otherwise fall back to a PyPI package which would be installed conveniently, analogous to installing pip with “ensurepip” today.


Naïve times in Python are sometimes treated as times in the local time zone, sometimes not. Ganssle showed an example demonstrating that if a programmer converts a naïve time to UTC, Python assumes its original time zone is local:


However, adding a naïve time to a UTC time is prohibited:


Ganssle’s dateutil package offers a more thorough implementation of “local time zone”, and he thinks Python programmers would appreciate local times in the standard library. To add them, however, the core team must first handle the astonishing behavior of local times when the system time zone changes. The first surprise is that changing the system time zone has no effect until the Python program calls time.tzset(). (And on Windows, time.tzset() is not available.) The second surprise is that changing system time and then calling time.tzset() changes the UTC offset of existing times created before the change.

Ganssle proposed several ways the standard library could act in this scenario. It could ignore changes to the system time zone while a Python program is running, or it could detect time zone changes but avoid mutating the offsets of existing time objects. He had no opinion about the best outcome.


Ned Deily wondered what Ganssle’s proposal would solve that which pytz does not. Ganssle responded that pytz’s author has stopped maintaining the package because he believes time zones should move to the standard library. Full time zone is a basic feature that should always be available. In Ganssle’s view, however, his own dateutil is a better package to emulate than pytz. “I would take dateutil, clean up some of the rough edges, and propose it as some of the batteries that would be included.”

Łukasz Langa said that he planned, as Python 3.8’s release manager, to issue monthly patch releases, and he thought that should be frequent enough to keep users’ time zone data updated. Russell Keith-Magee said no, North Korea once announced a time zone change with three days’ notice. Other audience members thought this scenario was obscure, and the PEP should not be required to handle such emergencies.

At the end of his talk Ganssle summarized his proposal. He believes that the standard library should support IANA time zones, using the operating system as the source of time zone data or falling back to a PyPI package. There are several options for handling local time zone changes at runtime. The design should be formalized in at least an informational PEP, “if not one where it's contentious and we all hate each other at the end of it.”
Posted by A. Jesse Jiryu Davis at 5/15/2019 04:19:00 PM