Dino Viehland gave a presentation at the 2021 Python Language Summit about improvements to CPython's performance at Instagram. 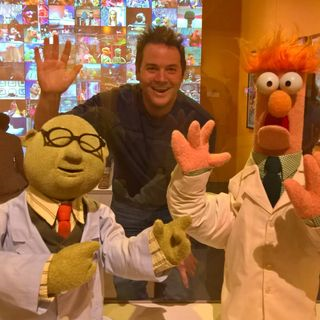 Cinder is Instagram's internal performance-oriented production version of CPython 3.8, so all of the comparisons in this presentation dealt with Python 3.8. Cinder has a lot of performance optimizations, including bytecode inline caching, eager evaluation of coroutines, a method-at-a-time JIT, and an experimental bytecode compiler that uses type annotations to emit type-specialized bytecode that performs better in the JIT.

Instagram did a lot of work with asynchronous I/O. One big change was sending and receiving values without raising StopIteration. Raising all of those exceptions was a huge source of overhead. On simple benchmarks, this was 1.6 times faster, but it was also a 5% win in production. These changes have been upstreamed to Python 3.10 (bpo-41756 & bpo-42085).

Instagram also made another change to asynchronous I/O that hasn't been upstreamed yet: eager evaluation. Often, in their workload, if they await a call to a function, then it can run and immediately complete. If the call completes without blocking, then they don't have to create a coroutine object. Instead, a wait handle is returned. (One singleton instance is used, as the handle is immediately consumed.)

They used the new vectorcall API to do this work, so they have a new flag to show that a call is being awaited at the call site. In addition to having functions check this flag, they also have asyncio.gather() check the flag. This avoids overhead for task creation and scheduling. These changes led to a 3% win in production and haven't been upstreamed yet, but there have been discussions.

Another big change is inline caching for byte code, which they call shadow byte code. Although Python 3.10 has some inline caching as well, Instagram took a somewhat different approach. In Instagram's implementation, hot methods get a complete copy of the byte code and caches. As the function executes, they replace the opcodes in that copy with a hidden copy that's more specific. This resulted in a 5% win in production.

Dino Viehland also spoke about dictionary watchers, which haven't been upstreamed to CPython. Dictionary watchers provide updates to globals for builtins when they are modified. Instagram achieved this by reusing the existing version tag in dictionaries to mark dictionaries that are being watched. They took the low bit from that, so now whenever they need to bump the dictionary version, they bump it by two. This led to an additional 5% win when combined with shadow byte code.

Instagram made targeted optimizations as well. The CPython documentation mentions that assigning to __builtins__ is a CPython implementation detail. But it's an unusual one, because when you assign to it, it may not be respected immediately. For example, if you're using the same globals, then you use the existing builtins. Instagram made that always point to the fixed builtins dictionary, which led to a 1% win in production.

They also made some small changes to PyType_Lookup that were upstreamed and will be in Python 3.10. You can check bpo-43452 to learn more. In addition, Instagram worked on ThreadState lookup avoidance and prefetching variables before they're loaded, but frame creation is still expensive.

Instagram has tried some experimental changes as well. One big one was the JIT. They have a custom method at a time JIT. There is nearly full coverage for all of the opcodes. They do have some unsupported opcodes, but they are rare and not used in methods, such as IMPORT_STAR. There are a couple of intermediate representations. The front end lowers to an HIR where they do an SSA and have a ref count insertion pass as well as other optimization passes. After they go though the HIR level, they lower it to an LIR, which is closer to x64.

Another experimental idea is something they call static Python. It provides similar performance gains as MyPyC or Cython, but it works at runtime and has no extra compile steps. It starts with a new source loader that loads files marked with import __static__, and it supports cross module compilation across different source files. There are also new byte codes such as INVOKE_FUNCTION and LOAD_FIELD that can be bound tightly at runtime. It uses normal PEP 484 annotations.

InterOp needs to enforce types at the boundaries between untyped Python and static Python. If you call a typed function, then you might get a TypeError. Static Python has a whole new static compiler that uses the regular Python ast module and is based on the Python 2.x compiler package.

In addition, Pyro is an unannounced, experimental, from-scratch implementation that reuses the standard library. The main differences between Pyro and CPython are:

The C API is emulated for the PEP 384 subset for supporting C extensions.

Production improvements are difficult to measure because changes have been incremental over time, but they are estimated at between 20% and 30% overall. When Instagram was benchmarking, they used CPython 3.8 as the baseline and compared Cinder, Cinder with the JIT, and Cinder JIT noframe, which Instagram is not yet using in production but wants to move towards so they won't have to create Python frame objects for jitted code.

Cinder had good results on a large set of benchmarks and a 4x return on richards but did worse with others, particularly 2to3, python_startup, and python_startup_no_site. This was probably because they JIT every single function when it's invoked the first time. They haven't yet made the changes to JIT a function when it becomes hot. They also haven't yet tested comparisons with Pypy.
Cinder is open source, so you can check out the repo yourself.
Posted by Joanna Jablonski at 5/20/2021 12:02:00 AM