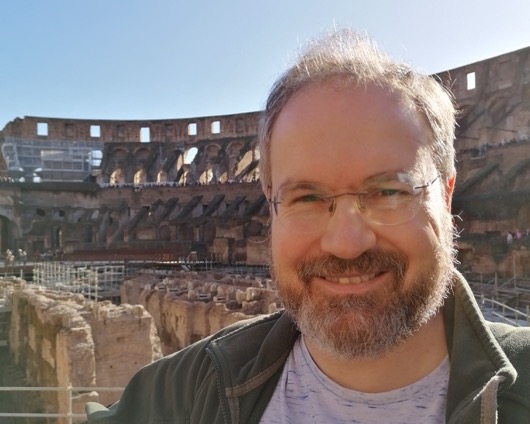 Mark Shannon began his presentation saying, "This should actually be titled A Semi-Formal Specification. I don't think we'll ever get to the stage of ML," a language described with mathematical rigor. However, a more formal definition of Python would be useful. Authors of alternative Python implementations would have a standard to go by, besides reading CPython's source and testing for equivalent behavior on a variety of programs. "It seems to work for Java so I don't see why it wouldn't work for Python," said Shannon. It would be particularly helpful for anyone who wants to examine a part of the language. Today, one cannot understand CPython's bytecode interpreter without studying all its quirky interactions with the C API, the code loader, and so on; a Python specification would break down the language into domains that could be grasped separately.

A specification would clean up edge cases. Shannon said there are "too many weird bugs relating to interactions of threads and generators and locals and various other bits and pieces." If the language were defined, developers would at least know how it's supposed to behave.

Read more 2020 Python Language Summit coverage.
Shannon proposed to split Python's specifications into major components: code loading (including imports and parsing), execution, and the C API. The components' specs would be allowed to refer to each other, but only at a high level. In his Language Summit presentation, Shannon focused on the execution component.

A Python execution spec would define the virtual machine (VM) as a set of variables, such as the list of threads and their call stacks, and it would define small steps that transition from one VM state to the next. For example, a Python function call involves these steps:
Every definition ends with "continue", meaning that the interpreter proceeds to the next step.
Writing a specification for Python is a chance to rethink how its parts relate. CPython's generators are implemented in terms of iterators, because iterators were built first. But generators are a more basic and flexible concept; starting from scratch it's natural to define iterators in terms of generators. Shannon presented a sketch of such a definition.

The next steps for Shannon's project are to define the spec's format, list its components, and decide what to do about "awkward" language features such as sys.settrace(). He concluded that a semi-formal spec of Python would help alternative implementations match CPython, would make PEPs less ambiguous, and would clarify whether any existing "odd behavior is a feature or a bug." It would be possible to reason about the correctness of optimizations. However, writing the spec is work, and it could deter good PEPs in the future if authors are daunted by writing their proposals in terms of the spec.

The audience's questions revealed their confusion about Shannon's idea. Larry Hastings admitted he had "lots of trouble following this." Was Shannon proposing a new language implementation based on the spec? Shannon said no, the spec's purpose was to describe and reason about CPython and other implementations. A. Jesse Jiryu Davis wondered if the spec would be written in a formal modeling language like TLA+ or Alloy, but Shannon felt that would discourage contributors. English would be the language of the spec; the JVM spec demonstrates this approach.

Brett Cannon asked if PEPs for new language features would require spec patches. Shannon replied that PEPs for deep changes, similar to the introduction of yield from in Python 3.3, would benefit if they were described in terms of the spec.

The presentation ended with the attendees saying a Python specification might be a good idea, but struggling to envision it and how it would be used in practice.
Posted by A. Jesse Jiryu Davis at 4/30/2020 10:20:00 PM