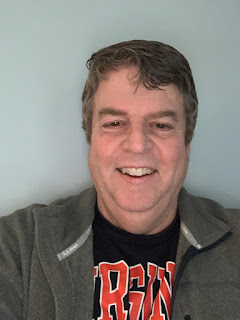 The first language change proposed this year was the most radical: to make f-strings the default. Eric V. Smith, who wrote the PEP for f-strings in 2015, said they are the killer feature of Python 3.6, and they are the motivation for many of his clients to move to Python 3. However, they are error-prone. It's common to forget the "f" prefix:
Smith has observed programmers f-prefixing all strings, whether they include substitutions or not, just to avoid this mistake.

When f-strings were added in 3.6, it was suggested to make them the default, but this was too big a breaking change. Besides, replacing all literal brace characters with double braces would be ugly:
In this year's Summit, Smith proposed again to make f-strings the default. The following kinds of strings would become f-strings:
Binary literals like b"string" would not become f-strings. Smith would add a new "p" string prefix for plain strings, which would behave like ordinary strings today.
Performance would not be affected: the runtime behavior of a string without any substitutions would be the same as today. Plain strings would still have some uses; for example, regular expressions that include braces, or as the input to str.format. In Smith's opinion, f-strings have superseded str.format, but several in the audience objected that str.format with a plain string allows for late binding, and f-strings don't obviate str.format_map.

Smith acknowledged some problems with his idea. It would introduce yet another string prefix. Flipping the master switch to enable f-mode would break some code, so there must be a way to gradually enable the change module by module, perhaps like:
He was concerned the change was so drastic that the Python core developers would never have the nerve to enable it without requiring a future import. If so, the idea should be abandoned right away.

Yarko Tymciurak asked via chat: "How do you describe to beginners what p'why is this needed' is?" Smith conceded that p-strings make the language more complicated, but, he said, "There's going to be very few p's in the wild, and I think their explanation will be fairly obvious."

Several attendees were enthusiastic to make the change. Brett Cannon said that removing the need for f-prefix would make the language easier for beginners.

Larry Hastings pointed out that PHP strings are format strings by default and "the script kids love it." However, he wrote, "It seems to me this is solving the problem of 'oh I forgot to put an f in front of my string', and not noticing until it's too late. Is that problem bad enough that we have to change the language? " Many agreed that f-strings by default would have been a good idea if Python were beginning from scratch; however, Paul Moore, Guido van Rossum, and others feared the disruption would outweigh the benefits. The group concluded that Smith should send his PEP to the mailing list for further debate.
Posted by A. Jesse Jiryu Davis at 5/01/2020 06:07:00 PM