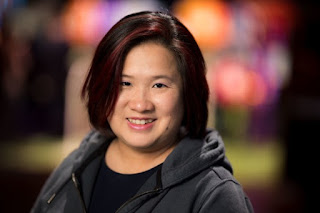 The PyCon 2015 sprint was the first time this blogger contributed to Python—or rather, I tried to. The three patches I submitted that year are awaiting a review to this day. In recent years, however, the core team has made bold changes to their development workflow to make their tasks easier, to spread responsibility more widely, and to improve the experience of contributors. When I submitted a patch in the 2018 sprints it was reviewed and merged in a few weeks. Mariatta Wijaya has led many of these changes. She presented the latest updates to the core workflow.

Read more 2020 Python Language Summit coverage.
"This is the third Language Summit in which I've talked about GitHub issues," sighed Wijaya. Last year she urged the core team to make a decision about replacing the quirky old bug tracker on bugs.python.org. Two weeks later they approved PEP 581: Using GitHub Issues. Its sequel, PEP 588: GitHub Issues Migration plan, is still in progress. "I really care about this topic," said Wijaya, but she and her collaborators have mostly focused on other projects for the last year.

There are signs of progress, however. Wijaya began a wish list where Python developers can request features for GitHub's issue tracker that will make it a full replacement for bugs.python.org. The PSF is seeking to hire a project manager for the migration. Wijaya, Brett Cannon, and others have met with GitHub staff, who have offered to import old issues in bulk. The migration will be "like throwing a big switch," said Cannon; there must be a great deal of planning behind the scenes before it is thrown.

In 2018, the Python developers created a web forum (running on Discourse) as a potential replacement for their several mailing lists. Since then, they have contended with both mailing lists and the web forum. Wijaya asked, "We've been using Discourse for a couple of years, is it time to make some final decisions?" Guido van Rossum said that using Discourse via email is clunky, but if he silenced its emails he would forget to check it on the web. Brett Cannon hypothesized that people who have tuned their personal systems for managing email prefer to use only email, and those who have not, prefer Discourse. The Summit attendees reached no conclusion.

A new team of Python contributors formed last summer: the Python Triage Team. Triagers can close issues, edit issue labels, etc., and they can label or close pull requests in the Python organization's GitHub repositories. Unlike core developers, they cannot merge pull requests. Their power to manage issues extends to all the core developers' repositories, including CPython, the developer guide, and the source code for Python's GitHub bots. New members join the team when they are invited by core developers; they can self-nominate by asking a core dev to vouch for them. Wijaya said several triagers have graduated to the core team, and she wants this pipeline to keep flowing. New core developer Kyle Stanley recommended better promotion of the triager-to-core-dev career path. "For myself and several recent candidates, it seems to have worked excellently as a stepping stone."
Posted by A. Jesse Jiryu Davis at 5/07/2020 01:37:00 PM